This past weekend I had the first creative retreat of 2018 here at Leyden Glen Farm. If you read yesterday’s post, you know that The Farmer had his hip replaced a couple weeks ago. The surgery came up rather quickly — his hip was in such bad shape and he was in such pain that they worked him into the surgery schedule earlier than they normally do. This of course was after I had scheduled the 2018 retreats so I had no clue that I would be dealing with an ailing husband, trying to run the sheep farm, and holding creative retreats all at the same time. Luckily I have had a lot of help from friends, family and neighbors and somehow most of the sheep have survived (darn coyotes), the house and studio were cleaned and polished, and the students had a good time.
x

The first day of the Creative Retreat, we did Fabric Stamping and Crewel Embroidery. I don’t have a lot of photos from the day - unfortunately. I think I was just so exhausted that I forgot to take step by steps of everyone working. There were five students but unfortunately I forgot to snap a photo of Maureen's printing. 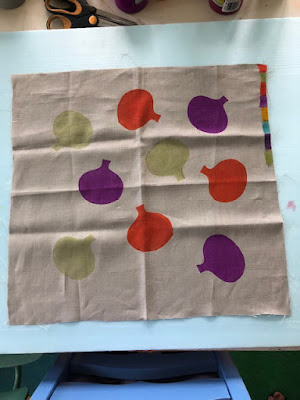 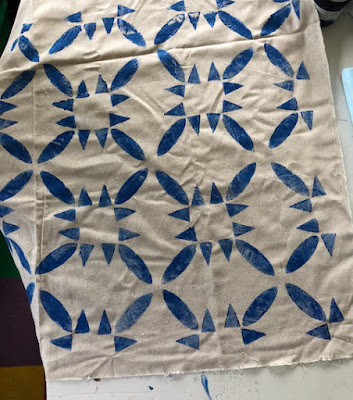 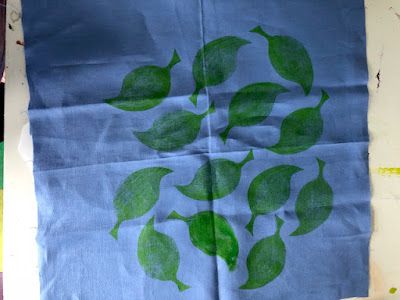 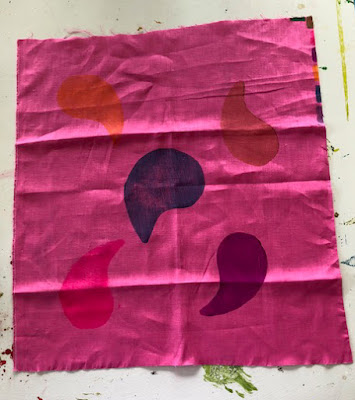 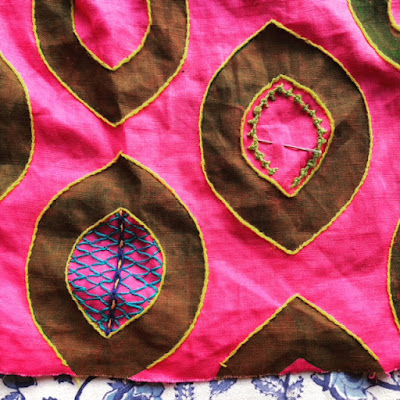 Email ThisBlogThis!Share to TwitterShare to FacebookShare to Pinterest
Labels: "Get Stitched on the Farm" Classes, crewel, embroidery, fabric, printing

yeah, I had wondered about the Class schedule and the surgery... But, hey, when you can get an earlier Doc-Date, go for it!

Besides, I knew that if Anyone could MAKE the "Logistics" WORK, it'd be YOU!
After all, you're the SUPER-STITCHY-SHEPHERDESS! ;-D
So, embroider that T-Shirt!!
Knit some bibs for those Vultures!
You GO Girl!!